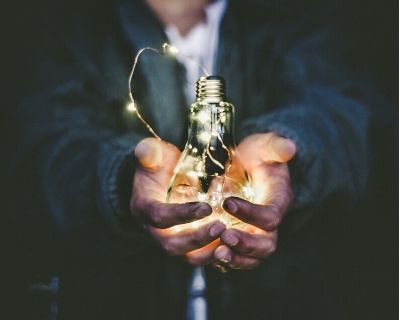 LEGACY. WHAT IS A LEGACY

Even in the magical world of Disney, there were days when I was asking myself “what’s the point” when my days sometimes looked like this…

• Trying to win the battle with my email inbox. Spoiler alert, you will never conquer THE inbox! In 26 years at Disney, my inbox was empty for five minutes one day in 2011.

• Back-to-back meetings on topics that were important, but somehow did not leave a sense of satisfaction with me or the participants

• Keeping up with reports, metrics, and trying to determine which ones were really the important ones

• Putting out fires every day and not always having the time to do a root cause analysis to avoid the fire in the future. Then having to put the same fire out the following month.

Finally, I accepted that those activities were always going to be part of my job. Accept them, make incremental improvements to them where I could, and challenge myself to find a larger meaning every day. That’s where legacy comes in. During these “what’s the point” activities, I was always looking for a way to create meaning, have a learning moment, manufacture some fun, share a quote, or offer a kind word. And that is how we create a legacy.

“THE PURPOSE OF LIFE IS NOT TO BE HAPPY.

IT IS TO BE USEFUL, TO BE HONORABLE, TO BE COMPASSIONATE, TO HAVE IT MAKE SOME DIFFERENCE THAT YOU HAVE LIVED AND LIVED WELL.” – RALPH WALDO EMERSON

Building a legacy is kind of like saving for retirement. You have to start today and make contributions every day if you want to have something to show for it 40 years from now.

One sole act that has stuck with me throughout my career was from Disneyland Paris in 1992. I had been with Disney for just under a year, and I was in my second role as a management trainee in the parking lot.

We had very little interaction with the park team and never had the duty manager or an executive show up. There was too much action in the park and it was quite a long walk to the parking area.

One afternoon, I received a call from the duty manager of the park, who on that particular day was Steve Lewelling, the park vice president. I was at the toll plaza and took the radio call. He let me know that he observed the van we used to transport our cast members had a bunch of paper and general clutter on the dashboard. “Dan, can you take care of it and make sure the van stays tidy in the future?” he asked. “It does not look professional and lacks show-quality for our guests.” I responded that I was

I let my peer group know that afternoon about the visit and that we needed to make sure we kept our workspaces tidy, especially the ones visible to our guests.

One week later, I received a call again from the duty manager, Steve Lewelling, when I was at the toll plaza. Uh oh, what did he want? He let me know that he was at the van and thanked me for taking care of the clutter.

Now, that blew my mind. He made the long march again to “inspect what he expected” and reinforced the importance of this detailed request with a call to me with a very appreciated thank you.

So I ask you, what do you want your legacy to be and how do you bring it to life every day?

1. Dare to be positive and lead.

2. Understand your impact on others.

Never forget that your title and position carries weight. Use that for good!

3. Make a difference today, not tomorrow.

4. Seize small opportunities to coach, be kind, offer a kind word. They may not be small for the receiver!

5. Do not take the ones who are closest to you for granted. They are the most important ones in your life.

6. Bring your best self to work and to your family.

7. Think service not success. Success is a lagging indicator. It is simply a result of the hard work, discipline, and effort that you put into your life.

8. Take your personal and professional responsibilities extremely seriously, but not yourself.

9. No matter how little you have, you have way more than many other people. What are you willing to share?

GETTING THE MOST OUT OF YOUR ONE-ON-ONES.

When was the last time you had a high quality one-on-one meeting with your boss or one of your direct reports? We all have different intentions and expectations of these meetings. And at times, we have no expectations except to show up and see how it goes. We have an opportunity to make these moments much more valuable and meaningful with less work!

Recently, I was facilitating a leadership workshop for a group of high-performing managers and directors from an online university. We got on the topic of one-on-ones and how to set clear expectations for those meetings. Before I got started, I asked the group about their approach. Only one hand went up, fairly quickly, and I instantly knew how glad I was that I had asked the question. In fact, I did not have to teach anything. This guy reviewed his processes and approach 10 times better than I could. We all learned!

He explained that he has general touch-base meetings with his team members as needed, which is generally every other week. Once, twice, or three times a month there are “quick hits” to discuss how the team member is progressing on their goals or new projects, or how the team is doing. Once a month, he schedules a deep dive one-on-one. This meeting is set on a particular topic and the expectation is that his direct report will come fully prepared to speak on the topic at hand. He starts each of these meetings by asking the question, “What is the most important thing we should talk about in the next hour?”

Some examples of what is discussed in those meetings are:

• Deep dive into a process that is not working well

• Key work project that has hit a roadblock

• Trouble collaborating with another team

• Not meeting one of their goals, and what can they do about it

• Developmental strengths and how they are using them

He decided that he would hone in on one topic for an hour and not discuss any other subjects. His feedback was that he is able to get more meaning and quality of conversation than any other meeting during the month.

Often we’re broad and shallow with discussions, and in this case, he chooses to go narrow and deep. The resulting conversations are powerful, satisfying, and motivating. Team members leave these conversations with a clear understanding of the issue and knowing exactly what they need to do next. He adds that he gives 100 percent attention during these meetings, which means mobile devices are put out of sight: no checking emails or answering calls. The team member has his full attention for the next hour. Team members love this uninterrupted focus and find it incredibly motivating. What a wonderful gift of uninterrupted and undistracted attention to meaningful topics.

I challenge all of us to have these types of interactions and moments, not only at work, but with our friends and family. You just may have a breakthrough that will change the way you all think about things.

This article is copyrighted and authorized by: Dan Cockerell

For more information Dan Cockerell “hyperlink for his page”