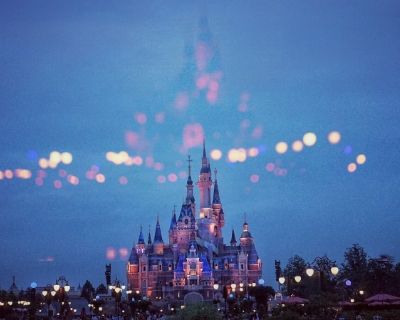 Every morning, thousands of cast members report to work at Walt Disney World before the sun comes up to perform their opening checklists. Food and beverage areas check their inventories and supplies; merchandise areas confirm the shelves are stocked and full of product; the list goes on and on. One of the most important processes for the day is the opening procedures for attractions—the stars of the show.

These highly entertaining creations are incredibly complex and require verification every day to make sure they are operating as planned, delivering the show in a safe and efficient way. Engineering does all of their checks, the attractions are cycled at least once with nobody riding to be sure they are in good working order, and then the final check is the ride through.

A cast member or multiple cast members ride the attraction to check that the animatronics, show effects, special effects, and lighting are all functioning as designed. This process is known as “riding the ride path,” and has been performed since the early years at Disneyland. The underlying philosophy is to ensure that the guest experience is going to be exactly like we planned it to be. Not making any assumptions or hoping that it’s right, but rather checking with our own eyes.

This concept easily applies to many other activities in our work and personal lives. I could write a whole book on the value of riding the ride path and the risks of not riding it. I would often conduct tours of the Magic Kingdom with VIPs, senior Disney executives, board members, and celebrities. I would make it a point to get to the park early and walk the path we were going to follow that day. I would go through the park, and depending on the tour, into backstage areas, through tunnels, and down narrow walkways.

I would have the opportunity to plan what I was going to say, think about logistics (i.e. can the whole group fit into one elevator?), decide where to offer a cool drink, etc. Sometimes I would come across an area that had construction going on and we would change our route. Much better to change it before the tour than during the tour.

Another aha moment I had was in preparation for the 25th anniversary of Disney’s Hollywood Studios. I arrived at the park early one day to do a run through of the speech I was set to give that morning. We had constructed a stage in the middle of the park, where all the weekend’s festivities would be conducted. I took the stage at 7 a.m. before the park opened and read my script on the reflective plexiglass teleprompter.

The run through went like clockwork and we wrapped the rehearsal. Fast forward three hours

later, and the park was packed with many cast members and guests who had come out to celebrate the anniversary. I was introduced as the vice president of the park and took the stage.

I looked up at the teleprompter and saw the bright sun shining right through it —I could not read a word!

I learned in that moment that it is not only important to ride the ride path, but it’s also important to think about what time of day you will be riding it.

Fortunately, I had been trained years earlier to always have a backup plan and a healthy doubt about technology. I was able to reach into my suit pocket and pull out my speech on good old-fashioned paper. Crisis averted and Murphy’s Law proven once again that what can go wrong, will go wrong!

So, in summary, a good process to add to your management to-do list is ride the ride path. It may be parking where your customers park, discovering the paths your employees took to get to their jobs, or calling your company’s call center to experience what your customers experience. Do your best to control the things you can control because life will throw you plenty of surprises whether you want them or not!

This article is copyrighted and authorized by: Dan Cockerell

For more information Dan Cockerell “hyperlink for his page”